Milwaukee Bucks superstar forward Giannis Antetokounmpo was playful with the media on Saturday, saying he wants to enjoy the moment and keep the mood light despite 2-0 NBA Finals deficit.Read… Read more »

It’s been a “roller coaster of emotions” for the Olsen family as 8-year-old TJ went from heart failure, to the uncertainty of a transplant, to getting to go home.It’s been… Read more » 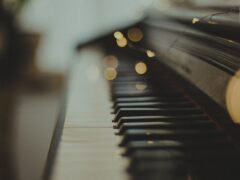 Imagine being able to sit down at a piano and just PLAY – Ballads, Pop, Blues, Jazz, Ragtime, even amazing Classical pieces? Now you can… and you can do it… Read more »

Los Angeles prosecutors on Friday charged Chiefs defensive end Frank Clark with one felony weapons violation stemming from his arrest on March 13 by the California Highway Patrol, according to… Read more »